...to enhance, maintain and protect the quality of the natural and human environment. 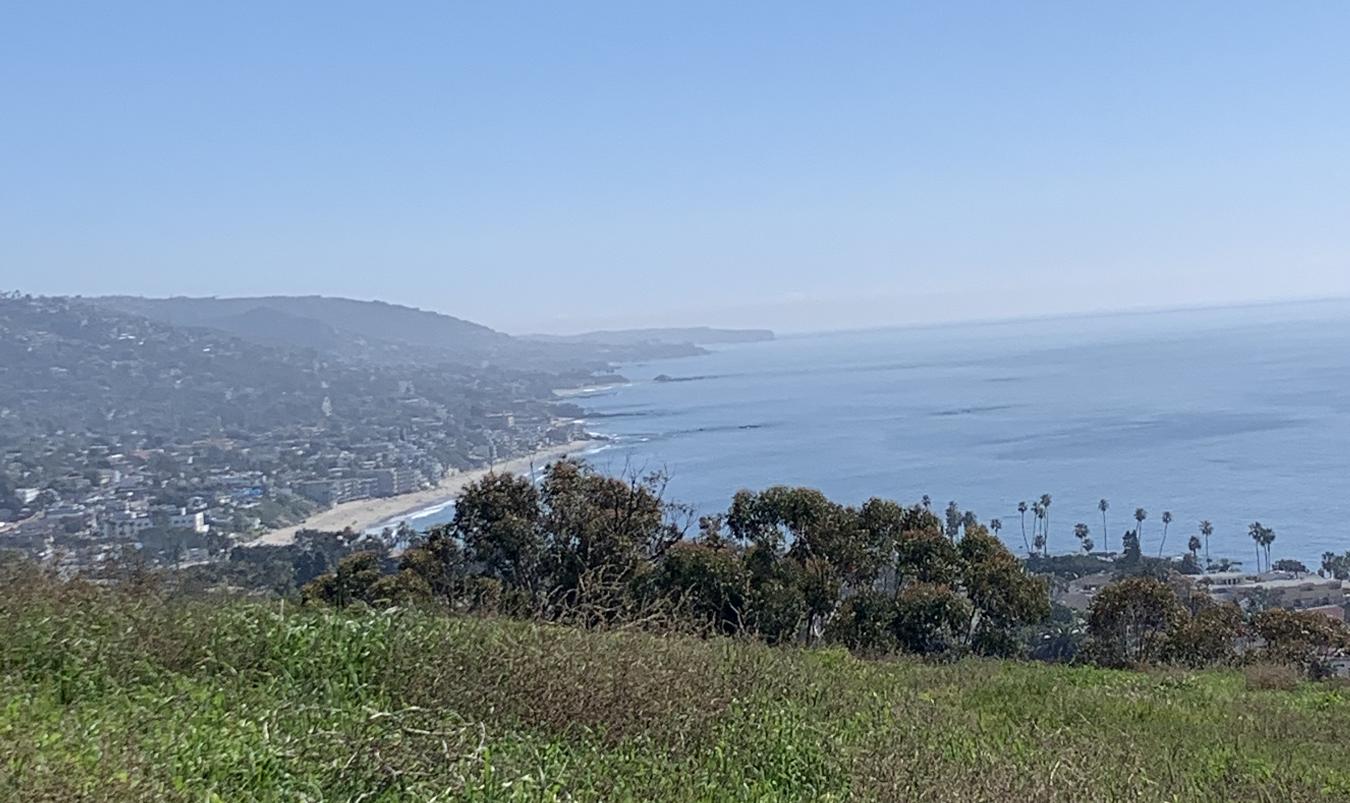 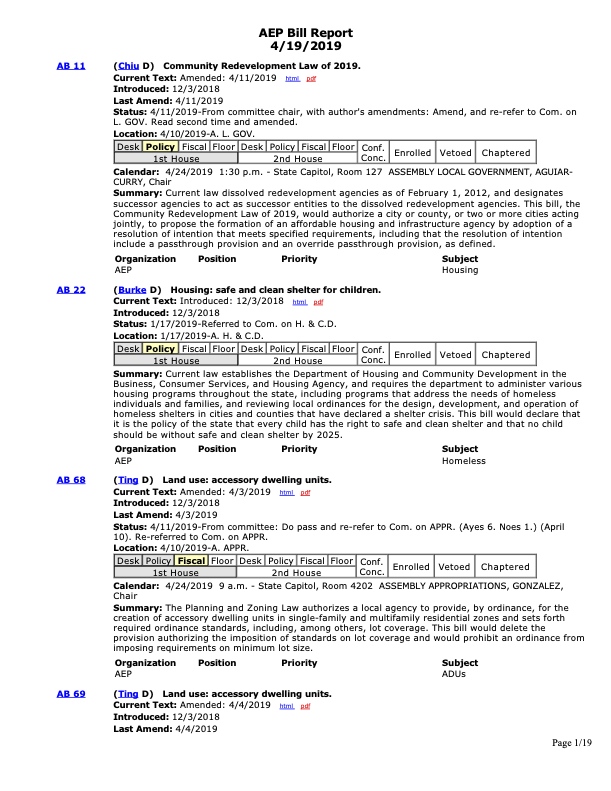 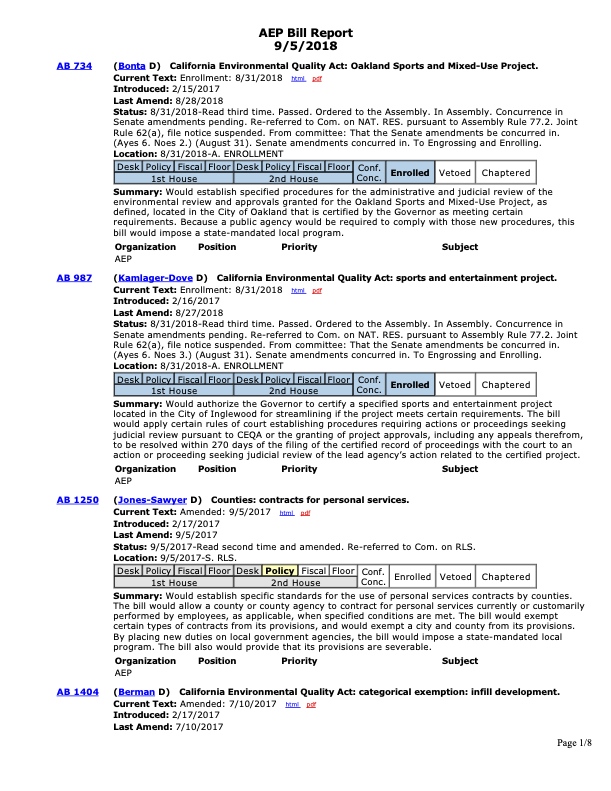 September 11, 2015 was the final day for bills to be passed this legislative session, and at the end of the session very few CEQA-related bills have made it through. The three CEQA bills to have passed include:

Although not CEQA-specific legislation, SB 350, the Clean Energy and Pollution Reduction Act of 2015, has also been signed into law. SB 350 increases the Renewable Portfolio Standard (RPS) to 50% by 2030, and establishes a target to double energy efficiency savings in electricity and natural gas end uses by 2030.

The AEP Legislation Committee, which consists of representatives from each local chapter, has reviewed the Office of Planning and Research’s Proposed Updates to the CEQA Guidelines: Preliminary Discussion Draft dated August 11, 2015. Over the course of several weeks, the Legislation Committee drew on its membership’s broad and diverse range of CEQA experience to prepare comments on the technical, legal, and policy implications of the proposed changes. On October 12, 2015, the Legislation Committee submitted its detailed comment letter to OPR for consideration. 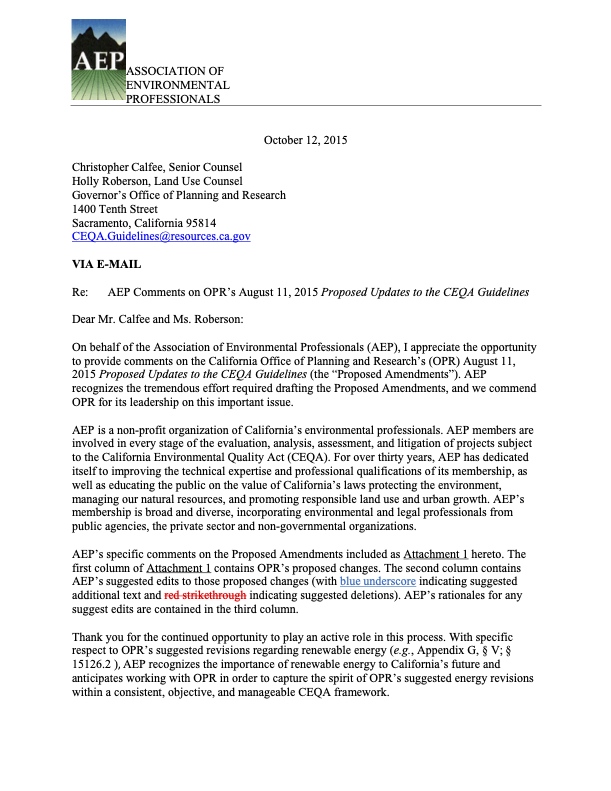